Steve and Tiana Falzon have recently won an Australian home renovation reality show to have their home mortgage paid off. The father and daughter team managed to defeat five other teams to win the grand prize on Australia’s Channel 7 show House Rules. 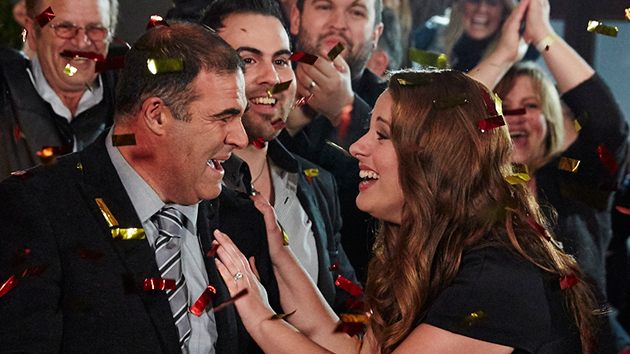 Steve and Tiana Falzon were crowned the winners of the 2015 edition of House Rules on the 20th of July, which saw their $250,000 mortgage (€160,000) paid off. The father and daughter team, from Sydney in New South Wales, managed to scrape through and clinch the life changing victory in a live final show.

While the Falzons and the show producers merely glossed over the Maltese heritage in this year’s edition of House Rules, they did mention their strong Maltese family ties multiple times. Furthermore, the competing couple in the final leg tasked with renovating the Falzons’ garage paid a tongue-in-cheek homage to Steve’s Maltese roots with a ‘Maltese Falcon’ sign.

Steve was the oldest contestant at 47, while Tiana was the youngest at 26. Couples generally compete in the show in order have their mortgage paid off, but Tiana decided to enter the competition to thank her father who has struggled financially following the death of her mother when she was only seven. Three cheers to selfless Maltese children!

Kont Taf Li? Czechoslovakians might have saved the Mosta Dome