On April 9, 1942, during one of the many Luftwaffe WWII air raids, two bombs descended on the Mosta Rotunda in the centre of Malta. The smaller bomb (at 50 Kg), bounced off the church, but the much larger SC500 Kg bomb pierced the dome and crashed into a congregation of over 300 people. The bomb did not explode, sparing everyone inside, and the Maltese hailed this as a miracle. However, this ‘miracle’ might actually be the result of Czechoslovakian workers defying the Germans by producing a bogus bomb. 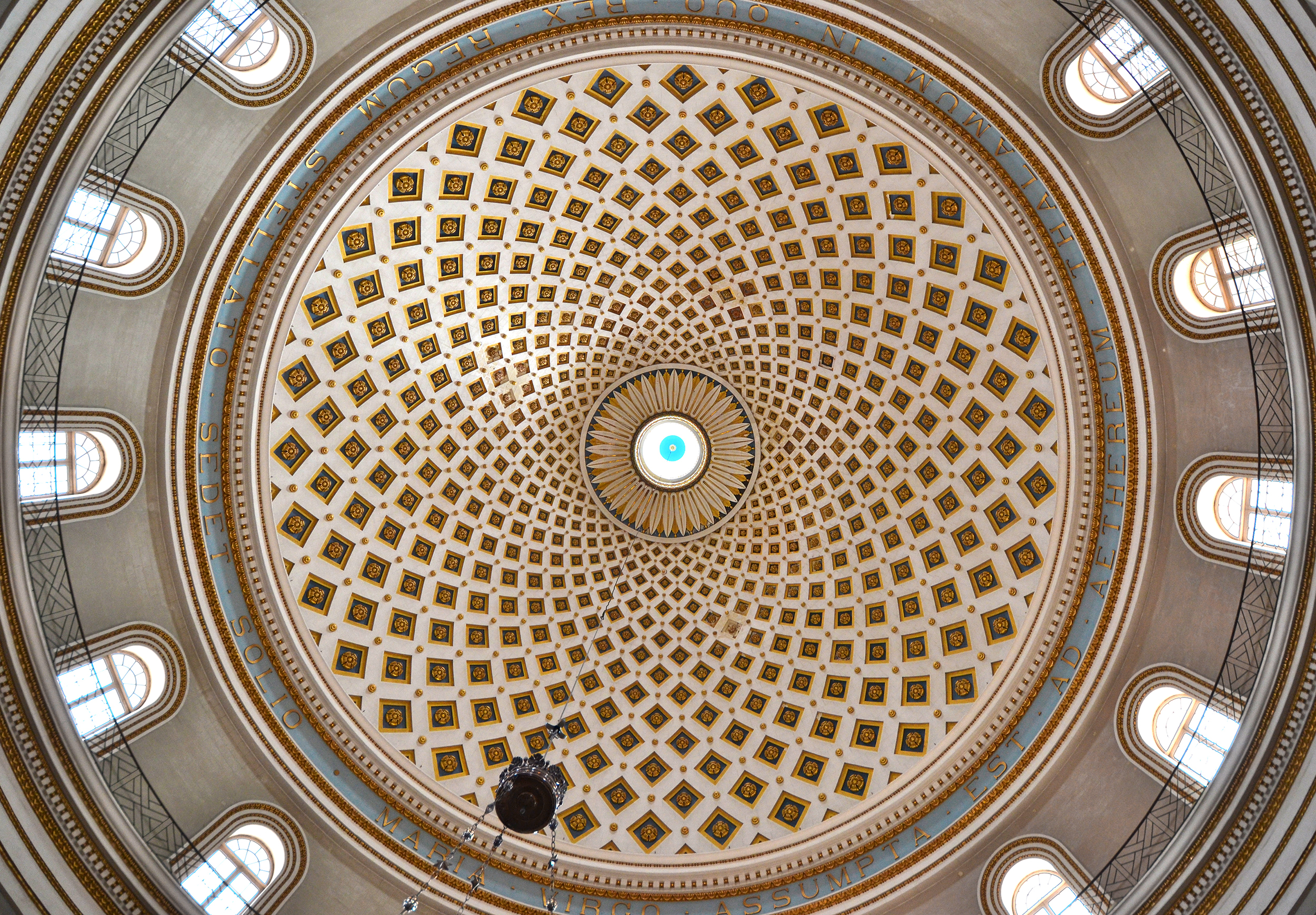 The ceiling of the Mosta Dome is a spectacular architectural accomplishment at an internal diametere of 37.2 metres. One can notice the repaired areas where the SC500 Kg bomb penetrated the ceiling in the top left side. (Photo credit: K B)

Like many European countries, Czechoslovakia was occupied under Nazi leadership, which sought to eradicate the Czech nationality through the atrocities we now read in history books. Those individuals that were not ‘Germanized’, deported or exterminated in concentration camps were recruited as labourers in the German empire to sustain its military campaign.

At the time, Malta was part of the British empire and was engaged in the Siege of Malta, in which the Axis Powers flew over 3,000 air raids spanning a two year period in the hopes of weakening  RAF powers in the central Mediterranean. This earned Malta the unsavoury record of being one of the most bombed countries in WWII.

Mosta is a central village in the main island of Malta, which was generally not a main target by war planes given its considerable distance from ports and airports. This tiny village, is home to the impressive Mosta Dome (or Rotunda), which has the third largest church dome in Europe and the ninth largest in the world at an internal diameter of 37.2 metres.

A replica of the bomb is still present in the church’s sacristy today. (Photo credit: GibMetal77)

Legend stands that Skoda workers in Pilsen in Bohemia created the SC500 Kg bomb that fell on Mosta Dome, but instead of filling it with explosives, they filled the metal shell with sand and a note which probably waved the middle finger at Hitler and his Nazi regime.

The fact that the bomb did not explode will unfortunately go down in historical myth, as British troops took the unexploded bomb and detonated it. As such, there is no recorded evidence to support this claim. The Maltese population thanked the Virgin Mary for saving their lives (the Mosta Dome is dedicated to the Assumption of Our Lady) and have since hailed this as a miracle, while Czechoslovakians have quietly lauded the efforts of Skoda labourers in Pilsen (which is now part of the Czech Republic following the peaceful dissolution of Czechoslovakia into the former and Slovakia).

While I am one to understand and accept that the battered Maltese population of 1942 would naturally see this as a miracle, and more importantly as a sign of hope, I would like the Skoda version to be true as well. It evokes an important sense of quite defiance in the face of dictators such as Adolf Hitler, the likes of which still unfortunately exist in the 21st Century.

Be it the Virgin Mary or Czechoslovakian workers in Pilsen, Malta was spared from a horrific wartime incidents that faithful Thursday morning.