KSU President Gayle Lynn Callus attends the Nationalist’s Party General Council meeting and lands himself in hot water. I find the whole issue of his presence at this meeting as being superfluous and dull; I’m more interested to understand how his speech will further the Zonqor Point cause. 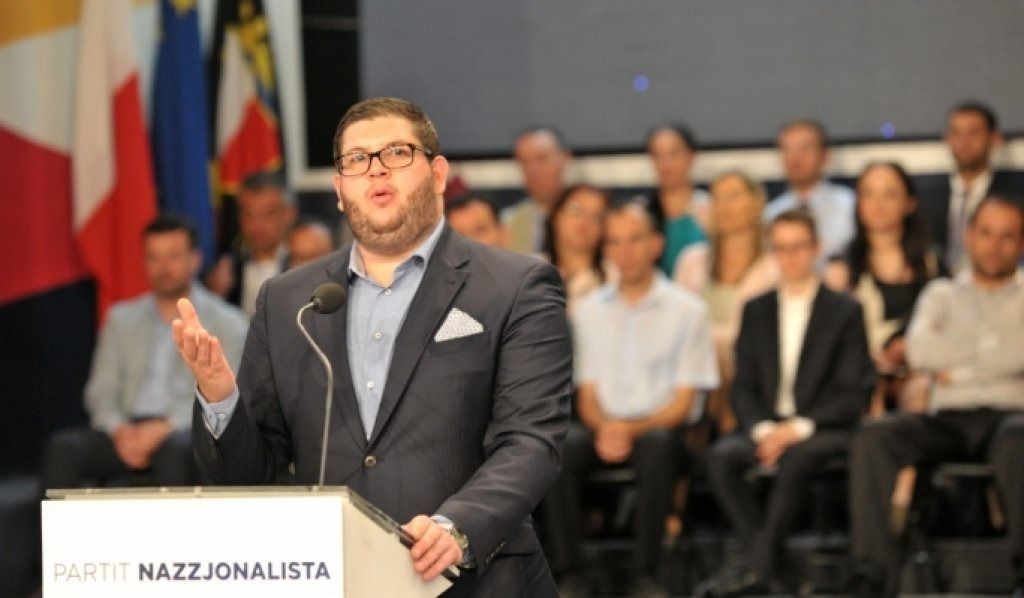 It is a known fact that student organisations in Malta have no function other than serving as a breeding ground for future political party representatives. As such, if the KSU President wants to speak at a political debate, then good for him and for his future political career if or when he decides to pursue it. The eight minutes I spent listening to this cringe worthy and convoluted speech could have been better spent listening to Amber’s warrior…

It was a typical ‘Cry Me A River’ speech – no listens to us poor students, the government and the political parties do not care about us, we are the present/future, our future hangs in the balance, babble, babble, babble. I honestly cannot believe that people still use these outdated speeches in 2015; at least I think I heard the word ‘selfie’ somewhere in there.

I do not understand why Gayle Lynn Callus feels he has the authority to even mention the Zonqor Point case. I had already wondered what KSU or Insiter thought about this whole AUM issue back when it was first made public. All they could muster were a couple of PR communications, an online petition that was launched sometime last week, and this feeble attempt at making the students’ voices heard. I find it very hard to believe that KSU gives two hoots about the environment in Zonqor Point or any other ODZ areas. The only reason why it even knows what an ODZ is stems from their jumping on the bandwagon along with the rest of the disgruntled public. Too little too late now KSU, too little too late.

These superficial and generic arguments being put forward to ‘safeguard’ the Maltese Environment are about as enlightening as watching Kim Kardashian trying to form thoughts. If Gayle Lynn Callus and KSU represents the future of what Malta should expect in terms of environmental protection, then our natural spaces really stand no chance.

I would strongly suggest to KSU that should the opportunity arise again next time, they send an environmental student organisation in their place to discuss the issue. I am sure that Green House, S3 or Y4TE are better equipped than these SDM/Pulse cronies to provide an in-depth perspective on topics such as the Zonqor Point case. Y4TE had issued a statement on this case much before KSU ever thought it was noteworthy.