Copenhagen Zoo recently destroyed a giraffe as part of their breeding programme and the world reacts with a visceral sense of disgust and anger. The story turned slightly more sensational when zoo officials started received death threats and protesters camped outside the zoo to demand the public to boycott it. Is such a negative public reaction justified in the wake of what is described as a well run breeding programme? 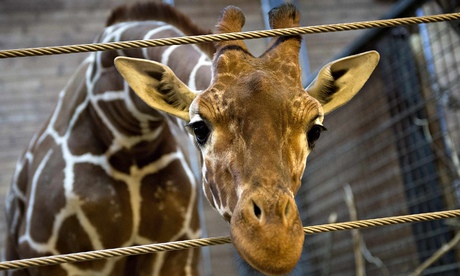 What is a breeding programme? According to The Zoological Society of London (ZSL), these are defined as

“more to it than just putting a male and female together in the same enclosure. Breeding is carefully managed to control numbers and to prevent inbreeding. The aim is to ensure as much genetic variation in the captive population as possible”.

As an environmentalist who has studied ecology and the role zoos play in species management, I have to agree with the decision taken by Copenhagen Zoo. The giraffe euthanised, named Marius, was genetically too similar to other giraffes present in the breeding programme currently run by the European Association of Zoos and Aquaria (EAZA). Breeding animals with similar genes would result in a high probability of genetically transmitted diseases being passed on to the population of giraffes present in the programme.

The reaction by these protestors is beyond preposterous, as culling of animals as part of breeding programme is not an uncommon practice. Edinburgh Zoo destroyed two endangered piglets in 2010 since they were considered as being a surplus to the programme and they had to comply with regulations set by the EAZA. In 2011, a German zoo euthanised three Siberian tigers since they were genetically classified as ‘hybrids’. There are also numerous undocumented cases that occurring in every zoo on annual basis.

After the killing, Marius’ corpse was fed to lions in the zoo. This sparked a further outcry by the protesters, since they consider it inhumane to feed lions meat which they naturally consume in the wild. (Photo credit: JimmyJangles)

The only reason why people are up in arms over what happened to Marius is because giraffes are cute animals that people can warm up to. It is the classical case of how conservation is portrayed in the media and how it is perceived by the public. People are far too selective on which animals merit conservation, or in this case, should be saved from culling. I highly doubt people would have been too bothered if a Zoo decided to destroy Frankie the Partula Snail or Giorgos the Corfu killifish – who cares about such ‘ugly’ animals. A good example would be the law enacted in 2013 by Florida, where surplus Burmese pythons could be removed from the Everglades National Park, even allowing ‘hunting contests’ (but pythons aren’t loved animals, so this is not a problem).

It is quite unsurprising to note that the majority of animals paraded in the media to promote conservation are mammals with cute faces and a high ‘soft-toy’ appeal – elephants, seals, pandas, giraffes, big cats, monkeys etc. Unfortunately, people are not sympathetic about the survival of snakes, lizards, jellyfish, insects and other similar critters – which is alarming when one considers that the vast majority of endangered animals are not mammals!