I have never been particularly over fascinated with politics, but exposure to this aspect is quite frankly unavoidable if you are Maltese! With a looming general election, I thought it would be an ideal time to pen this short post about my perception of the culture of politics in Malta.

The main reason why I have decided to detach myself momentarily from environmental issues can be logically explained by the fact that politics in Malta consumes every facet of how the country is run. In reality, any issue can or has been used as a political bargaining chip, case in point with the issues of hunting, boathouses and energy in this current campaign. While I do not consider myself to be a politician, I have been educated as both a scientist and a social scientist, so I am quite accustomed to thinking critically about any subject. Such a topic merits a review, especially when the next legislature will be (hopefully) addressing these pressing environmental issues.

I will base my ideology on a journal published by Wolfgang Hirczy in 1995 about voting regimes in Malta – I have cited this particular piece on several occasions as I find it to be an excellent representation of the political culture of Malta, and I find it to be equally relevant to current times. Did you know that Malta has the highest non-compulsory voting turnout amongst all democratic nations in the World, the highest number peaking to 96.9% in the 2003 General Elections (Hirczy, 1995; DOI, 2004)? No seriously, we are only beaten by Australia, where voting is compulsory.

Voting for a Maltese person is as normal as a cup of tea is to a British one. I never fully understood the profound implication this had, until I moved to London and started sharing opinions with other Europeans and non-Europeans.

Taking the UK as an example, there is a different political culture to what we have in Malta. I was present during the 2012 London Mayor elections, and it seemed as though it was business as usual – no billboards, very few adverts, no coffee shop small talk, nothing. I found it equally bizarre that on the day of the election, I had a tea party with my fellow MSc course mates (seriously, a quintessential British tea party with scones, strawberries, clotted cream and all that jazz!) and only one Londoner actually arrived late so as he would not miss the voting polls. Imagine a case where Maltese people skip the polls for, say, a day in Gozo or any other event – Yeah Right! Not in THIS lifetime (in fact the 2012 London Mayor elections only had a meagre 37.4% turnout). In 2012, Boris Johnson was narrowly elected as London Mayor for the second consecutive year with 51.5% of the votes (Photo credit: BackBoris2012)

To put things into perspective, while people in the UK do vote, they are not as election hungry as we Maltese are. Did you know that in 2010 X Factor final, 23.18% of eligible UK voters cast a vote to select their favourite act? This is an interesting reference point when you consider that there was a 34.7% voting turnout for the British MEP elections in 2009!

I was shocked by this, and could not comprehend why any rational human being would not exercise their right to vote in the 21st century. On a side note, people here in London were quite surprised at my intention to fly home and vote, they saw it as a “waste of time”.

This got me thinking…why are Maltese so obsessed with elections?

As Hirzcy put it in his article, this affinity for voting stems from an “intense two-party competition for highly centralized governmental power, grounded in strong and pervasive partisanship in the population at large” (1995: 268).

I have to agree with this – being a Labourite or a Nationalist in Malta is as much a way of life as is being an Italy/England supporter, a Valletta/Floriana supporter, a Junior College/St. Aloysius student, from the North/South of the island, member of one band club versus another (e.g. Tal-Bagri jew Ta’ l-Għama in Birkirkara) in THE SAME village…and the list goes on and on. Maltese people LOVE to box others by such choices or circumstances, then form a group with a bunch of their own type and have a good old fashioned showdown with their apparent opponents; complete with insults, occasional fist fights, social media slurs, drunken mass gatherings and an innate sense of ‘us’ versus ‘them’.

Mind you, this is not an absolute definition of Maltese culture, because such behaviour is practiced in all parts of the world. Even here in London we poke fun at people living in the North versus South of the river. We joke about such things because we subconsciously and unknowingly follow the beat of an age old drum. Why should I care if I live North side of the Thames? I am Maltese after all, and am in London only in transient, but I have to admit that I have occasionally passed a jibe at anyone who lives on the South side, especially when I am with a group of ‘Northerners’. 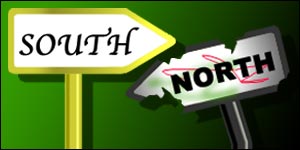 Such behaviour is basic human nature, but given Malta’s size I do believe that it is severely amplified on a local context. Let us take an example – something which always astounds me during elections is when the subject of Dom Mintoff inevitably pops up. I would assume that for people of my generation, who were born close to or in the 1990s, this person would simply be a historic political figure, having ourselves never lived under his government. So how come so many people are so vocal and passionate about their love/hate for this individual, when they weren’t even born during his political tenure? You may appreciate or frown about his past decisions, fair enough, but how can anyone be so passionate about something they have never experienced? Can we justify the massive polarization of individuals of this generation on this subject (amongst others)?

This is the fundamental crux of Maltese politics; it is transmitted from generation to another, and fuelled by tactics employed by both parties to keep followers faithful to their ‘cause’.

“The MLP and NP are today ‘catch-all’ parties, which deploy both conventional and modern techniques for both the mass and customised socialisation of citizens into loyal and unswerving party faithful. Each political party now has its own television station, radio station and newspapers; its own emblems, flags and anthems; not to mention the web of party clubs and committees spread all over the country.”

Most Maltese children are brought up brainwashed into supporting a given party, without ever stopping to think and understand what their chosen party represents or is offering. Just have a look at the ingenious ‘The Times’ debate of the 26th of February. Both party leaders responded to the same questions with ‘Yes’ or ‘No’ answers, and agreed on 70% (14 out of 20 answers) of the issues! This percentage is significantly high when you consider that both parties state they have very different dogmas to one another, albeit both agreeing on having Malta’s best interest at heart.

As such, I will ask a simple question – is voting in Malta a question of quality or quantity?

While we should be proud of the fact that the majority of people exercise their voting rights, is it a case of an educated and well thought process leading to a decision between eligible parties? Or are elections in Malta simply being relegated to a contest between two parties, in which two divided groups of people mainly care about who gets the last insult and who will ultimately enjoy a day of carcading?

There is unfortunately no clear answer to this. Malta is on one end of the spectrum (being so politically minded in every aspect of its life) while countries like the UK and the US appear to not take elections as seriously (voting turnouts for the last general elections were 65.1% and 57.5% respectively).

I firmly believe that the answer to this complex setting in Malta lies with our generation. A friend once told me a phrase which sums up this argument: “In Malta, when you are born you are given a name, surname and a political colour”- this attitude definitely needs to change. As future parents, we should be responsible enough to raise our children with a clean slate, allowing them to think independently and come up with their choices.

Dredging up past events from the 70s and 80s is pointless, and is only succeeding in cultivating a deep and unjustified hatred amongst a new generation that should be celebrating their future, and not reliving the past.

So at some point, you should ask yourself “Why do I support my party, and why do I hate the other one?”…once this question is answered, I am sure we will move towards a “Futur fis-Sod”, where “Malta is tagħna lkoll”.